The Malaysian-led team investigating the disappearance of flight MH370 for ICAO has issued a new 450-page report into what has become the greatest aviation mystery of all time. There’s not much new, except for the first official release of data found by the Royal Malaysian Police on the flight simulator that Captain Zahari kept at his home.

This simulator contained seven waypoints that approximately coincide with the known diversion of MH370 westward into the Strait of Malacca, then northwestward to the Andaman Sea and then south into the Indian Ocean. Why then, did the lead investigator Kok Soo Chon declare at a press conference this week that the loss of MH370 could not “have been an event committed by the pilot”? The report itself makes no such statement. But on page 379 it does say that the three unexpected turns that placed the B777 on course for a watery ending in a remote ocean “are difficult to attribute to any system failures. It is more likely that such manoeuvres are due to the systems being manipulated.”

Most independent investigators concluded long ago that the circumstantial evidence linking Zahari to the disappearance is too strong to ignore. I explored this evidence in various articles for Aviation International News in 2015, notably this one. Since then, it has become clear that the ACARS reporting system as well as the transponder and the radios can be turned off from within the cockpit. That left only the Inmarsat SatCom ‘handshakes’ as a means to track the aircraft, other than primary radar returns. 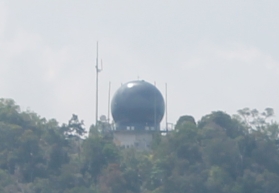 The latest report describes the returns obtained by Malaysian military radar in a little more detail than previously. My photo above shows the one on Penang that recorded the last radar trace of MH370 as it headed towards the Andaman Sea.

The report says that despite the 180-degree turn back of MH370 to fly a track along the Malaysia/Thailand border from the South China Sea, with no transponder operating, “the military did not pursue to intercept the aircraft since it was ‘friendly’ and did not pose any threat to national airspace”. Oh, really? It’s much more likely that the air defence operators were not alert to any unusual event in the small hours of the night. Remember, all the analysis of the primary radar returns was done from recordings, some time after the disappearance, which is why the search for MH370 was not switched from the South China Sea for such a long time.

It is most unfortunate that the extensive searches of the southern Indian Ocean have failed to find wreckage. Great work has been done by many experts to try and define the search area from the satellite ‘handshakes’ and log-ons. Most believe that MH370 eventually ran out of fuel at cruising altitude somewhere along the seventh Arc defined by Immarsat, and then descended steeply. But a minority believe that the aircraft was still under control when it hit the ocean. If that is the case, “the search is an almost impossible task”, the former head of the Australian Transportation Safety Board (ATSB) told a 60 Minutes documentary in his country last May.